The Remembrance Day Bombing, also known as the Poppy Day Massacre, occurred in late 1987 in the town of Enniskillen. The bombing resulted in the death of ten people, nine civilians and one police officer, and the injuring of over sixty people.  The PIRA, who were responsible for the attack, claimed that the intended target was a group of British officers, however this did not assuage the anger of the public. 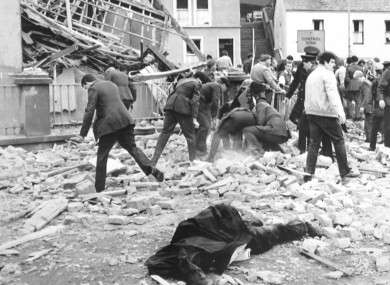 This was a turning point for the IRA and its factions; most people at this point in the Troubles were looking for a political or diplomatic way of solving issues with the British. With a large number of casualties to innocent civilians, the support for the IRA began to evaporate, and the militant control by the British only increased. It is for these reasons that this event is seen as the beginning of the end of the military force force that was the IRA.