Literary works produced by Irish writers often reflect the daily manifestations of perpetual social conflict. Many Irish authors go beyond simply the descriptive to ruminate on the extent to which British internment has impacted the Irish population. Many of the British modes of surveillance established during the 20th century are still observable in Derry and are parallel to the respective environments described in Belfast Diary by John Conroy and “The Ministry of Fear,” while “Casualty” takes a further step to imaginatively respond to and break away from the oppressive nature of Northern Irish life under British rule (both poems authored by Seamus Heaney).

The Protestant walled city in Derry serves as both a mode of surveillance and a tool of psychological oppression, and similar manifestations of British internment can be seen in both Belfast Diary and “The Ministry of Fear.” 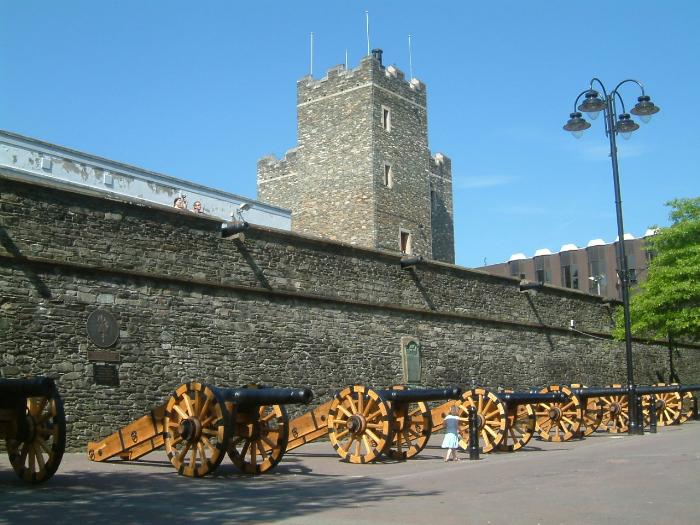 Michel Foucault illustrates this concept in Discipline and Punishment in the chapter on his theory of Panopticism. Foucault’s rhetoric effectively emphasizes the draining nature that living under the authority of such a system of discipline produces on the individual.

In the fourth chapter of Conroy’s book, he looks at the role of Cupar Street, or the “peace line” between the Catholic and Protestant districts in Belfast: “In 1980, the peace line at Cupar Street was a few hundred yards long and made up of bricked up rowhouses and sections of corrugated iron… At the far end of the structure, where Cupar Street doglegged into Catholic territory, the army had installed an iron gate to prevent automobile traffic (110). As we saw while visiting Derry, the symbolism of physical barriers still has a bearing on the way the different populations interact today in the North. The Bogside Murals in the Catholic district of Derry serve as a reminder of the significance of the walls and how they impact the population.

In “The Ministry of Fear,” Heaney’s narrator describes the unnerving experience of being searched by policemen at a roadblock simply because his name gives him away as a Catholic: “A light left burning for her in the kitchen. And heading back for home, the summer’s Freedom dwindling night by night, the air All moonlight and a scent of hay, policemen Swung their crimson flashlamps, crowding round The car like black cattle, snuffing and pointing The muzzle of a Sten gun in my eye: ‘What’s your name, driver?”Seamus . . Seamus?” (lines 49-58).

Beyond methods of physical control, the British employed more subtle methods of otherizing the Irish Catholic population throughout the 20th century that still have a bearing today. The language differences between Protestants and Catholics, although subtle to observers, are a very real source of differentiation between the populations.

In Belfast Diary, Conroy describes how readily the Northern Irish are willing to bet on the difference between a Catholic and a Protestant simply from their pronunciations and choice in vocabulary usage: “If a man says the ‘queen,’ you can’t really tell, but if he says ‘the British queen,’ you can assume the speaker is Catholic. Similarly, if he says the ‘pope of Rome,’ he’s Protestant. If he calls the cop ‘a peeler,’ he’s probably Catholic, and he’ll almost certainly call a prison guard ‘a screw’” (108).

In “A Ministry of Fear,” Heaney’s narrator describes the difficulty of being a schoolboy with a Catholic accent: “Those hobnailed boots from beyond the mountain Were walking, by God, all over the fine Lawns of elocution. Have our accents Changed? ‘Catholics, in general, don’t speak As well as students from the Protestant schools.’ Remember that stuff? Inferiority Complexes, stuff that dreams were made on” (lines 28-35). Language differences between the Catholic and Protestant populations are stilled used in areas such as Derry to differentiate between people even in social settings like pubs. 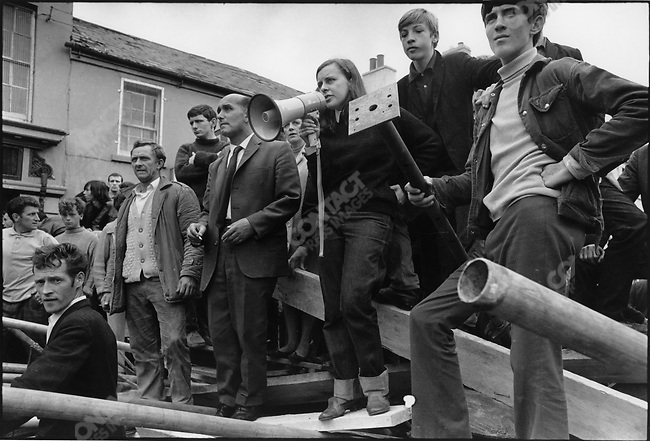 Heaney’s “Casualty,” however, explores what happens when such tools of oppression are no longer sufficient to prevent a population from first questioning and then resisting exterior control. Heaney recalls the loss of a local fisherman to an IRA bombing and the implications of civilian casualty on personal willingness to submit to further British rule.

Rather than attend the man’s funeral and subscribe to a further manifestation of organized repression, Heaney’s narrator writes of a time when he and the man left the oppressive layout of the city for a moment of relative freedom: “I was taken in his boat, The screw purling, turning Indolent fathoms white, I tasted freedom with him. To get out early, haul Steadily off the bottom, Dispraise the catch, and smile As you find a rhythm Working you, slow mile by mile, Into your proper haunt” (lines 99-108).

Heaney’s immortalization of both the deceased and his personal version of freedom is a remarkably effective means of undercutting oppressive British surveillance mechanisms.